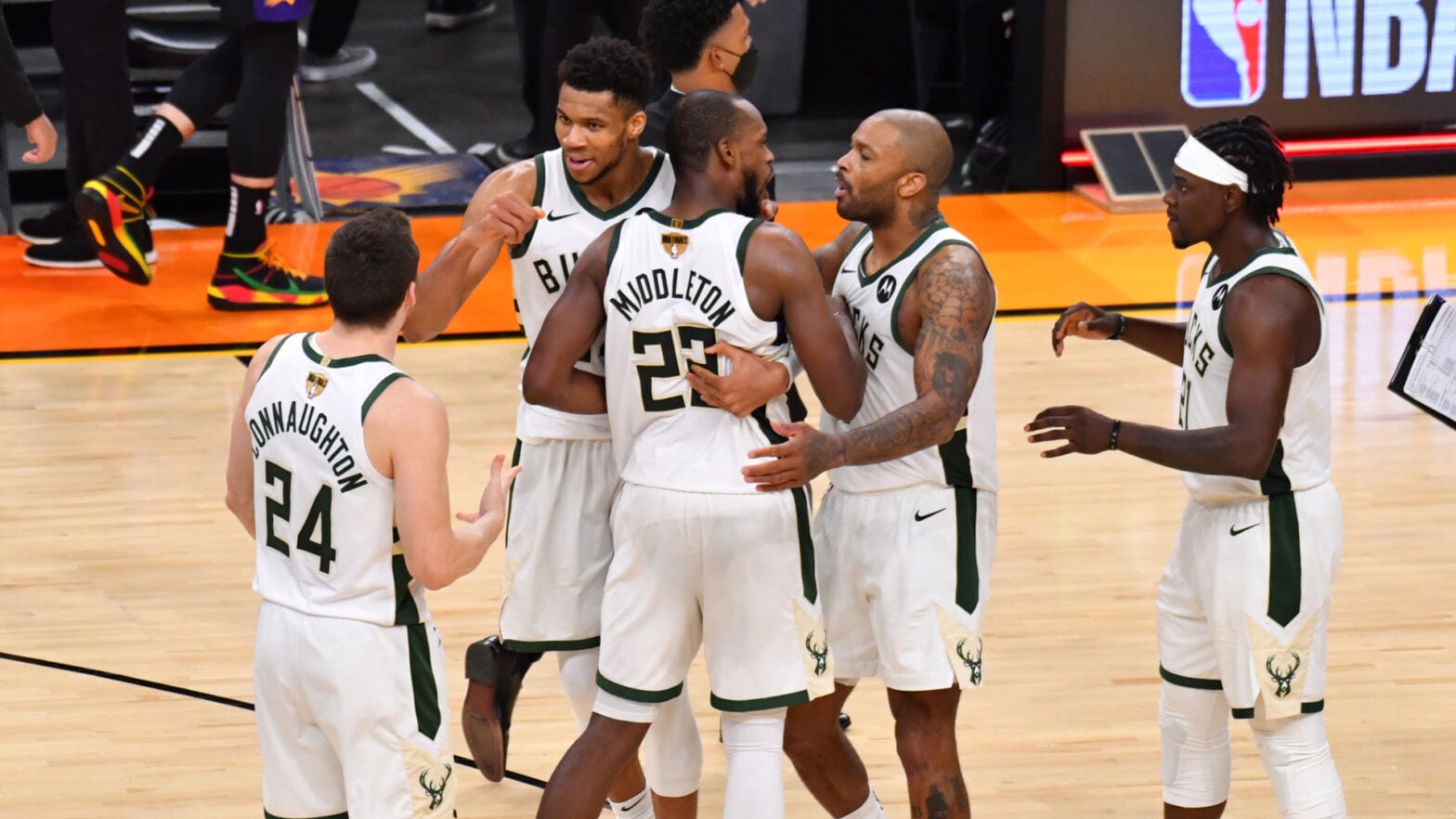 The Bucks can win their first championship in 50 years with a win on Tuesday at home.

• The list of players that have averaged at least 30 points, 10 rebounds and 5 assists in an NBA Finals series begins and ends with a Milwaukee Buck. averaging 32.2 points, 13.0 rebounds and 5.6 assists. Kareem Abdul-Jabbar was the (32.6 ppg, 12.1 rpg, 5.4 apg) but his Bucks lost to the Celtics in seven games. If Giannis is able to maintain these averages and win the title, he would join Hakeem Olajuwon as the only player to do so. Giannis is the only player on this list to post these numbers while averaging fewer than 40 minutes per game. He would also be the first to do so while shooting over 60% from the field (61.2 FG%).

• The to become only the fifth team in NBA history to win the NBA Finals after trailing the series 0-2. The other four teams to accomplish the feat are: , , and . If the Bucks can win on Tuesday, they would join the 1977 Blazers and 2006 Heat as the only teams to win four straight and close out the series in six games.

• Devin Booker has scored at least 40 points in back-to-back Finals games. If he scores 40 again tonight, not only would Booker become just the seventh player to have in the NBA playoffs, he would join Michael Jordan as the only player to do so in the NBA Finals. Jordan had four straight 40+ point games against the Suns in the 1993 NBA Finals.

• The Suns were the second-best clutch team during the (25-12, 0.676) and entered the NBA Finals with a during the postseason. However, the Bucks have won each of the past two games – the to feature clutch time (scoring inside five points in final five minutes). with 14 clutch points in the series; no other player has more than four points, and no Sun has more than two points.

• The Suns are looking to avoid their of the season (regular season and playoffs); Phoenix’s last four-game losing streak was from Feb. 2 to March 3, 2020. The Bucks are going for their this season; one of which came in the playoffs as they swept the Miami Heat in the opening round.