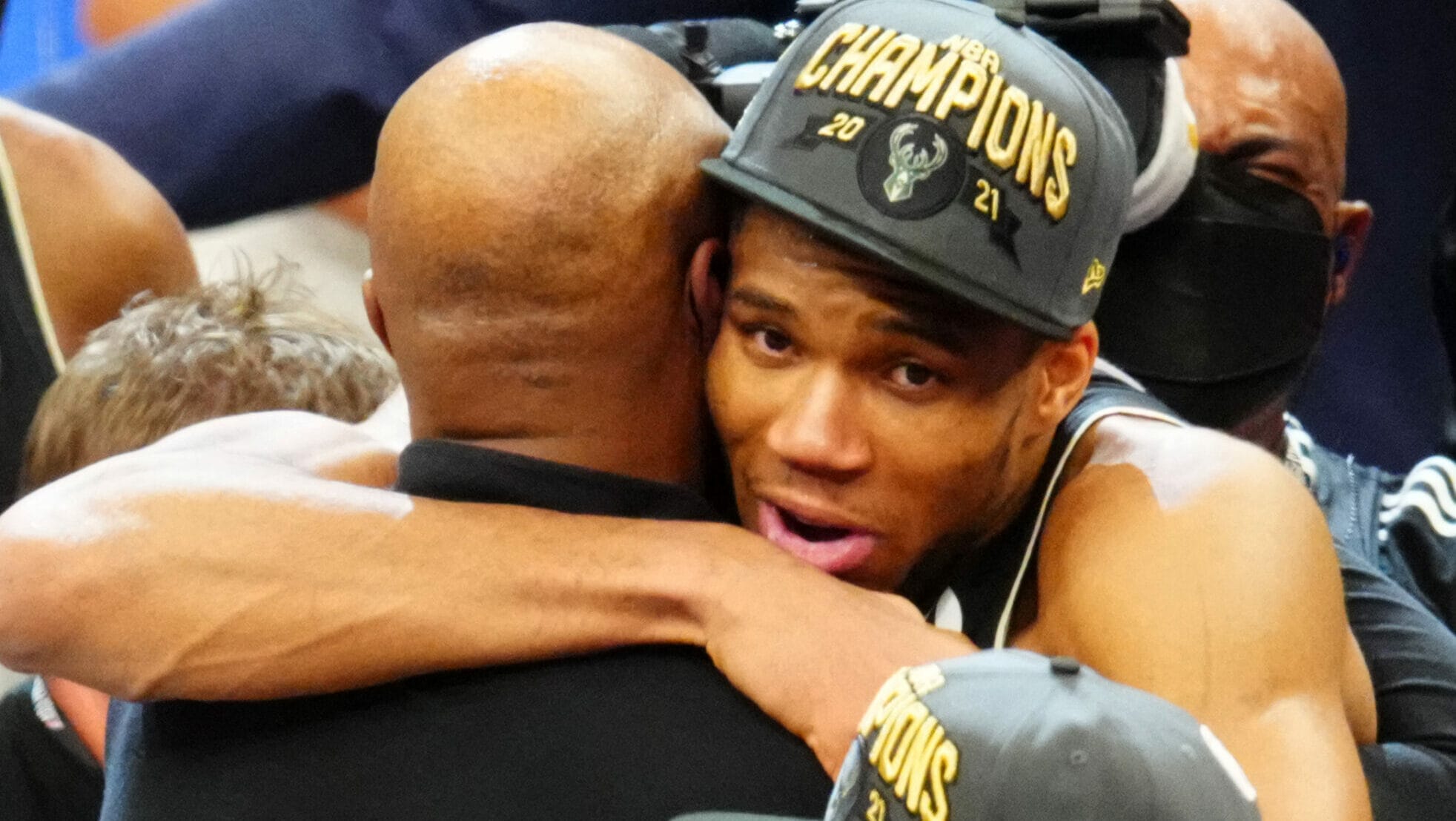 Giannis Antetokounmpo celebrates his Finals MVP and the Bucks’ championship in person, while in Greece a whole country watches on.

SEPOLIA, Greece (AP) — With less than a minute remaining in the game, Yiannis Tzikas was already setting out plastic cups to fill with champagne.

“It’s over. No one can turn this game now,” he said, his hands trembling slightly as he popped the cork.

Tzikas runs the Kivotos Cafe, where Milwaukee Bucks star Giannis Antetokounmpo used to grab a sandwich and juice box on his way to basketball practice as a teenager, in Sepolia, an old factory town that’s long been part of greater Athens.

In the dark of early Wednesday, Tzikas opened up to catch Game 6 of the NBA Finals and watch the Greek Freak lead the Bucks to their first title in 50 years, beating the Phoenix Suns 105-98.

Antetokounmpo finished with 50 points, 14 rebounds and five blocked shots and was named the series MVP.

“This is Giannis’ moment. He earned it and we’re proud of him,” Tzikas said, handing out drinks to a dozen fans who watched the game with him.

Milwaukee is eight hours behind Athens, Game 6 starting at 4:00 a.m. local time and watched by night owl basketball fans, along with his supporters, friends and old acquaintances in Sepolia. Fans at the cafe sat glumly through the first half as Phoenix led. The crowd came to life as the sun came up.

“At the start of the season, we didn’t expect this, but after the (Bucks) turned the finals around, we could see it coming,” said Hager Kyriacos, who was wearing Giannis’ 34 jersey. “(Antetokounmpo) has brought back sporting role models to this generation. He’s no longer Giannis from Sepolia, he’s Giannis of the entire world, an inspiration to a lot of people.”

Named after Noah’s Ark, Tzikas’ Cafe looks as if it has stood still for decades, with beige tiles, dark wood and laminate counters and panels, with an assortment of liquor bottles next to a coffee machine — and a wall of framed memorabilia from the Antetokounpmo family, autographed jerseys and basketballs from the Bucks and the Greek national team.

It’s a few blocks from where Antetokounmpo and his basketball co-star brothers, Thanasis, Kostas, and Alex, grew up with their parents from Nigeria, who gave their four boys Greek names.

Tzikas said Giannis always stops by the cafe when he visits Greece, adding that had not changed with fame.

“He was always simple, humble, and polite and when he grew up, he never forgot where he started,” he said. “He had a lot against him. He was poor and he was a different color than the rest of us and he made it … He doesn’t owe anyone anything, it was all him and his family. He believed in his dream and he made it happen.”