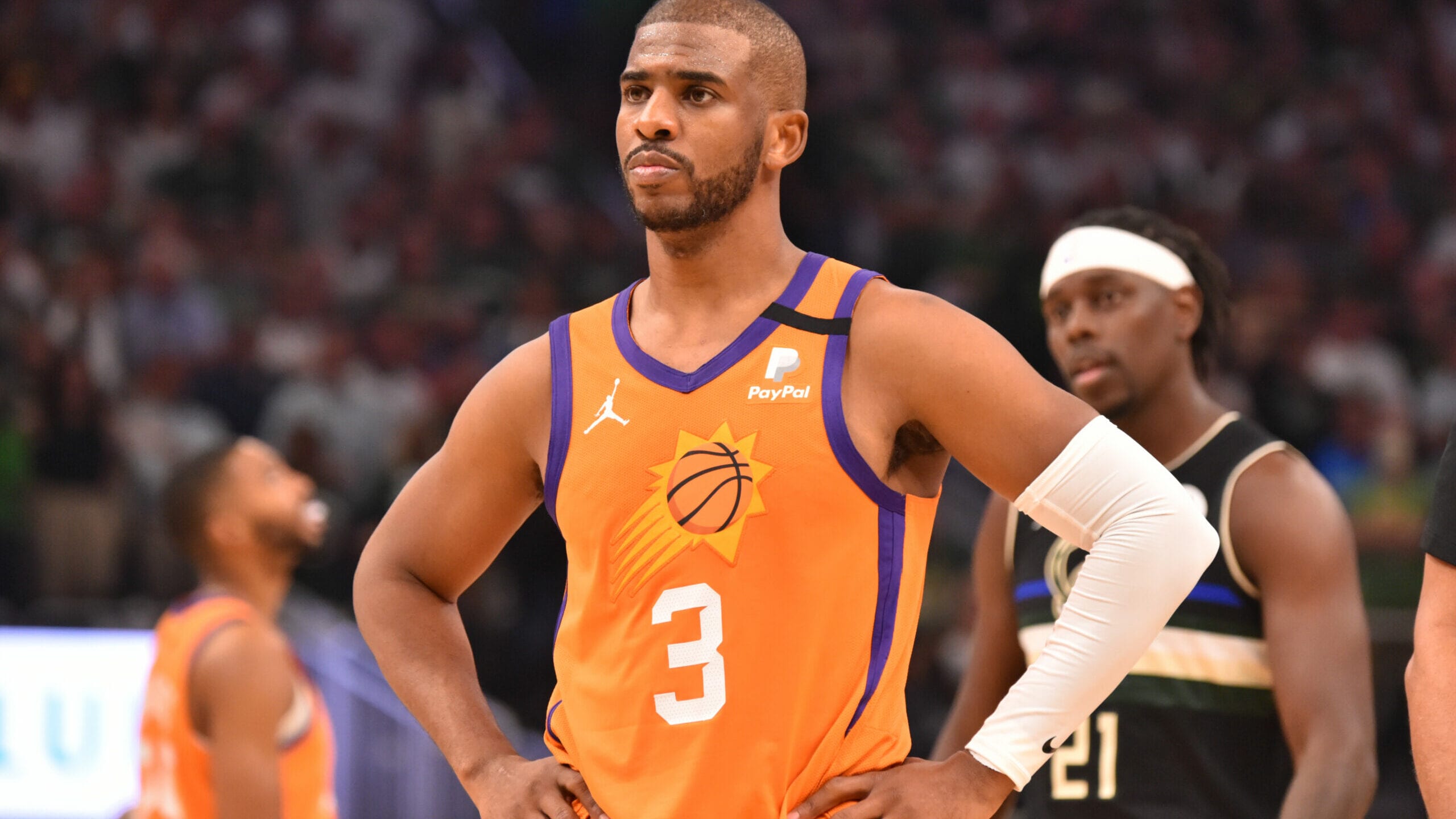 As the final buzzer sounded, a stone-faced Chris Paul slowly walked off the court, down the tunnel and into the locker room.

His feel-good story with the Phoenix Suns was denied the happy ending he craved.

“Great group of guys, hell of a season,” Paul said. “But this one’s gonna hurt for a while.”

One of the NBA’s most accomplished players finally got to the sport’s biggest stage in his 16th season at 36 years old. He’s an 11-time All-Star, 10-time All-NBA selection, nine-time All-Defensive selection and often referred to as the ‘Point God’ for his near-perfect profile as an elite point guard.

But he still lacks a championship.

Led by Giannis Antetokounnmpo’s amazing performance with 50 points, 14 rebounds and five blocks, the Milwaukee Bucks beat the Suns 105-98 on Tuesday night to win the NBA Finals in six games.

The Suns won the first two games of the series only to lose four straight. It was a brutal collapse for a team led by Paul, who is regarded as one of the best leaders and point guards in NBA history.

Chris Paul: ‘This means it’s time to go back to work’

Even though the pain of losing was fresh, coach Monty Williams said he hasn’t forgetten what the point guard’s presence meant to a franchise that had been among the NBA’s worst for the past several seasons.

“I just think it speaks to his greatness,” Williams said. “He’s a generational player. I said that 11 years ago when I coached him in New Orleans. Everywhere he’s gone, the team has won. They’ve improved.”

Paul’s performance against the Bucks ran the gamut: He was the hero in a Game 1 win with 32 points, then he was the goat in a Game 4 loss with five turnovers, including a particularly costly one in the final minute. In the decisive Game 6, he led the team with 26 points and added five assists.

With 40 seconds left and the Suns down 8, Paul’s desperation 3-pointer clanked off the rim. Any chance at a miracle comeback was done. The championship had slipped away.

“Everybody in that locker room knows we had enough,” Paul said. “But it wasn’t enough.”

Paul made the Finals run with an unlikely cast that included Devin Booker, Deandre Ayton and Mikal Bridges, young players making their first playoff appearances. He was traded to the Suns during the past offseason from the Oklahoma City Thunder, bringing instant star power to a franchise that hadn’t been to the playoffs in more than a decade and hadn’t made the Finals since 1993.

The Phoenix Suns follow up their bubble run with a trip to The Finals and their team construction proves crucial to their success.

The trade paired Paul with Williams, his coach, close friend and mentor. The two had another chance to make it work and the climb to the Finals had Phoenix buzzing.

“We grew all season long,” Paul said. “Nobody expected us to be where we are except for us.”

It may be a tough ending to the season for Paul, but he remains one of the game’s most relatable players. He’s just 6-foot, which gives him an everyman feel that some of the NBA’s giants lack. He’s got the goofy State Farm commercials. He’s had a handful of bad breaks, like when he pulled his hamstring in Game 6 of the Western Conference finals in 2018.

That poor fortune looked like it would continue in the first round of these players when he suffered a shoulder injury in Game 1 against the Los Angeles Lakers. He was ineffictive for the next several games but his teammates carried the load.

In the Western Conference finals, Paul missed the first two games against the Los Angeles Clippers in the league’s COVID-19 health and safety protocol. Again, his teammates were there for him, rallying to win both games.

He was superb in the game that clinched his first trip to Finals, scoring 41 points in the Game 6 series clincher.

It earned him the opportunity he always craved. It ended in disappointment.

“Right now, you’re just trying to figure out what you could have done more,” Paul said. “It’s tough.”